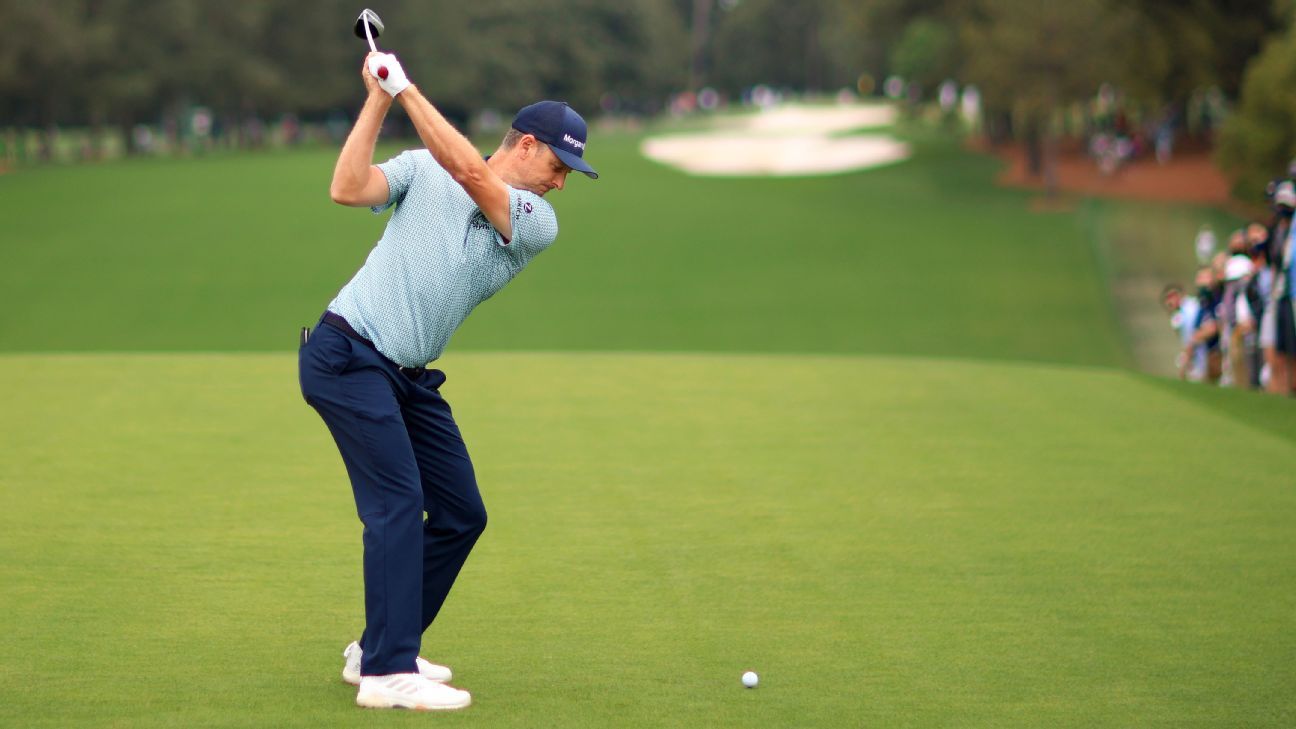 AUGUSTA, Ga. — The scoring got easier and Justin Rose got worse.

That is often how golf works.

For the Englishman who missed the past five weeks, an opening-round 65 came as a surprise. His follow-up 72 allowed a lot more players to stay in contention through two rounds of the Masters. Rose overcame a shaky start to play his last six holes in 3 under par and end the day where he started at 7 under par. But his 4-stroke lead heading into Friday was cut to just 1.

“I didn’t quite appreciate the scoring was going to be quite so good today,” Rose said. “So again, I felt like the golf course was still fairly tricky the first few holes. The first six holes were always quite difficult around here.”

Ten players are within 3 shots of Rose, who now has a total of 137.

The two players tied at 1 stroke behind him had reason to be thrilled just to be at the Masters. One of them was Brian Harman, barely inside the top 100 in the world a month ago until two good weeks changed his fortunes. The other was 24-year-old Will Zalatoris, who just over a year ago was toiling in the minor leagues and still doesn’t have a full PGA Tour card.

“I wanted to be here my entire life,” Zalatoris said after birdies on his last three holes for a 4-under 68. “Some people shy away from that, but I’m excited to be here. There’s no reason to feel intimidated now. I made it to here. And, obviously, the job is not done by any means.”

Former Masters champion Jordan Spieth, who is coming off a victory last week in the Texas Open, finished 2 shots back.

“Having made a triple and five over-par holes through two rounds, I feel pretty good about being at 5 under,” Spieth said after a 68.

Justin Thomas, who can return to No. 1 in the world with a victory, missed a short par putt on the final hole and shot 67. He finished 3 shots behind.

Rose made bogeys at the fourth and sixth, where he three-putted after his first putt did not stay on top of a ledge and rolled some 40 feet back to him. He also bogeyed the seventh to lose 3 shots in the first seven holes. But he regrouped and made five straight pars before birdies at the 13th, 14th and 16th.

“I think it was just a classic day at Augusta National when you’re just slightly off,” Rose said. “You can be a foot or two out on certain occasions, and you end up struggling.

“I think maybe off the back of yesterday, it starts to feel pretty different pretty quickly. I kind of told myself going up the eighth hole, you’re leading the Masters, your frame of reference is a little bit different to yesterday. Four ahead is something, but you’re still leading so, like, just enjoy it and keep going. I was able to do that.”

He has reunited with swing coach Sean Foley and started to see some success earlier this year, only to be knocked out by a back injury that saw him withdraw during the final round of the Arnold Palmer Invitational five weeks ago. He did not compete at the Players Championship or the WGC-Dell Technologies Match Play Championship and came to Augusta National unsure what to expect.

“I would have been slightly surprised, but nothing does surprise me here in the sense of I know that this place inspires me,” Rose said. “I love being here on the grounds. It’s a golf course I know how to play better than any other. For me to come into any major championship without playing for a month, it would be this one.”

Rose is a two-time runner-up at the Masters, including 2017 when he lost a sudden-death playoff to Sergio Garcia. He has also been the first-round leader four times and in 2004 led after 36 holes only to fade on the weekend.

“I’ve recognized good instances and heartbreak right here, too,” Rose said. “I might never have put my arms in the green jacket, but I’ve been there in a number of significant instances to know what it’s all about.”

Sports Today – Barnwell ranks the worst NFL offseasons: Why the Texans and Pats...