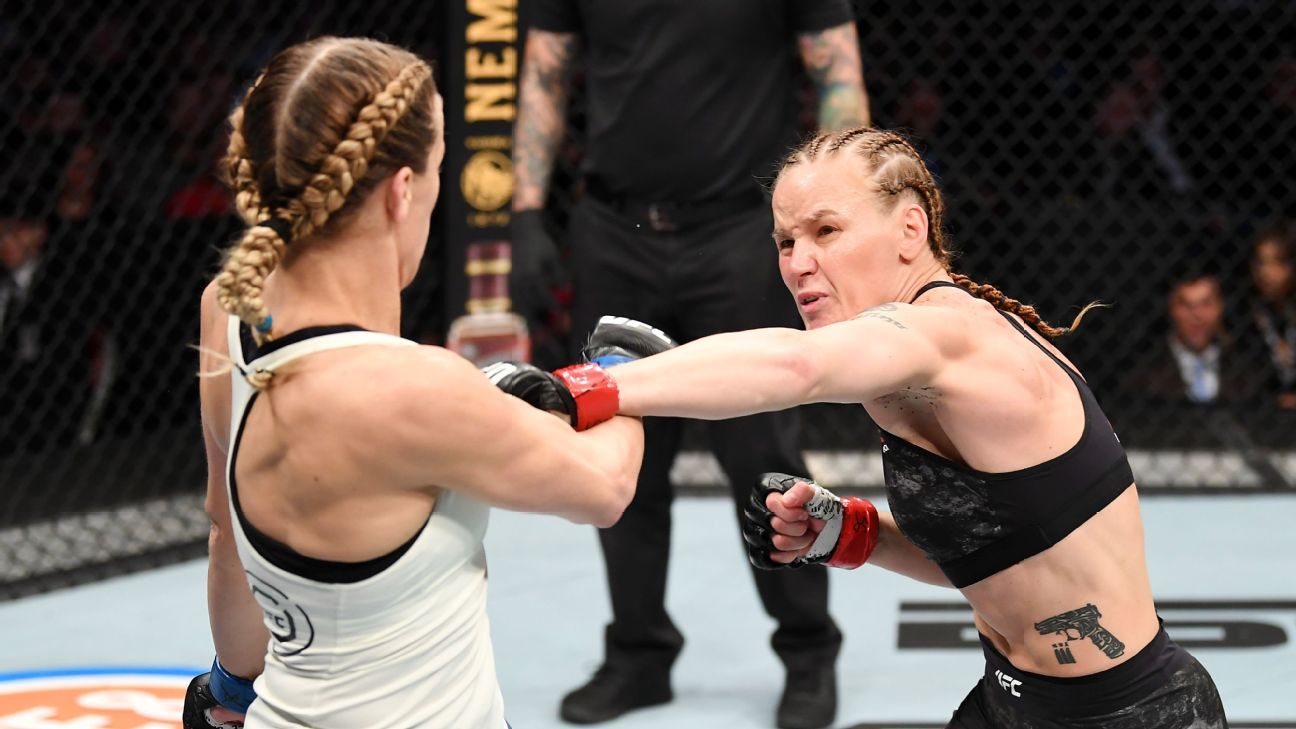 HOUSTON — Mixed martial arts is running out of words to describe Valentina Shevchenko‘s dominance. And she is on only her third UFC title defense.

Shevchenko (19-3) completely obliterated No. 1 contender Katlyn Chookagian (13-3) in the co-main event of UFC 247 on Saturday, as she finished the fight via TKO at 1:03 of the third round. Referee Jacob Montalvo stopped the bout after Shevchenko took Chookagian down in the center of the Octagon and unloaded unanswered ground-and-pound.

Shevchenko’s victory at the Toyota Center is her fifth in a row and the third defense of her 125-pound title. She has been more than a 10-1 betting favorite in each of her defenses against Jessica Eye, Liz Carmouche and Chookagian.

“I expected a ground [knockout], yes,” Shevchenko said. “Every time, I prepare for a war at the top, but of course, if I train hard, it makes for an easier fight.”

Shevchenko, of Kyrgyzstan, has lost in the UFC twice, and both losses came against current bantamweight and featherweight champion Amanda Nunes. Shevchenko believes she beat Nunes in their rematch in 2017 and has expressed interest in facing Nunes again but is in no rush to do so.

Saturday’s championship bout felt more like a showcase than a competition. Shevchenko out-landed Chookagian, who fights out of New Jersey, in total strikes 82-68. Even though Chookagian’s numbers were respectable, it was hard to see where any of her strikes had any effect.

Shevchenko, on the other hand, opened a cut near Chookagian’s left eye with an elbow on the ground in the opening round. She repeatedly tagged Chookagian’s lower leg with combinations, and she landed a beautiful spinning wheel kick to Chookagian’s face in the second round.

ESPN currently ranks Shevchenko the No. 2 pound-for-pound fighter in the world. Chookagian fell to 6-3 in the UFC.

Sports Today – New York Liberty’s Sabrina Ionescu: Everything you need to know about...