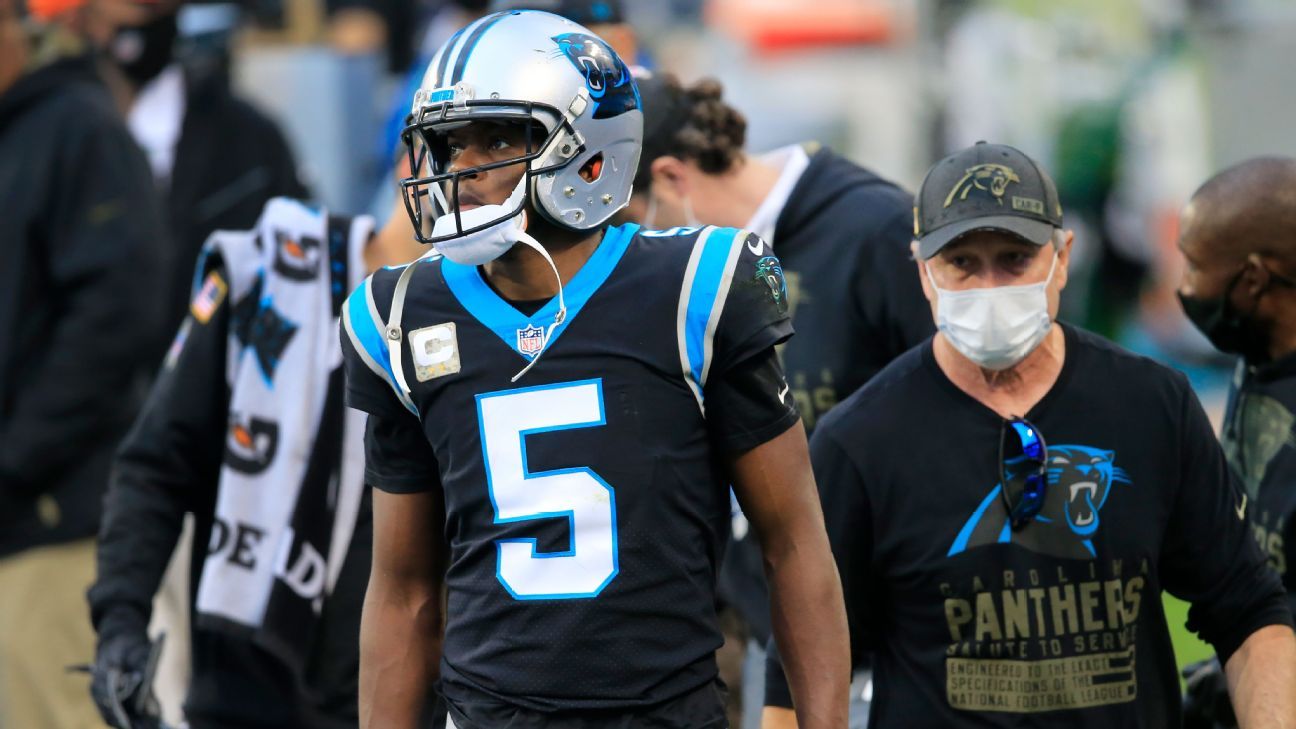 Walker will replace Teddy Bridgewater, who was placed on the inactive list after going through two rigorous pre-game sessions to test the right knee that was sprained a week ago in a loss to Tampa Bay.

This will be Walker’s first NFL start. He has played twice when Bridgewater has left with injuries, completing 3-of-8 pass attempts for 15 yards.

He will be backed up by Will Grier, a third-round pick in 2019 who was 0-2 as the starter last year when Cam Newton was injured.

Walker was signed during the offseason after leading the Houston Roughnecks to a 5-0 record with 15 touchdown passes before the COVID-19 pandemic shut down the season. He was a part of Carolina coach Matt Rhule’s rebuilding program at Temple from 2013 to ’17.

The decision to bench Bridgewater had as much to do with protecting his left knee that was severely damaged in 2016 when he was the starter in Minnesota as it did his right knee. There was worry he might put too much stress on the left knee if put in a position to protect himself.

Bridgewater is expected to be back next week when the Panthers (3-7) face the Vikings.

That the Panthers are down two starters on the offensive line — left tackle Russell Okung and right guard John Miller — also was a factor in sitting Bridgewater. Rhule has been clear the past few days that Bridgewater had to be able to protect himself if under duress.

Rhule, owner David Tepper, general manager Marty Hurney and offensive coordinator Joe Brady were among those who watched as Bridgewater came out twice for drills prior to the game.

Hacked! – What’s the Difference Between a Samurai and a Ninja?