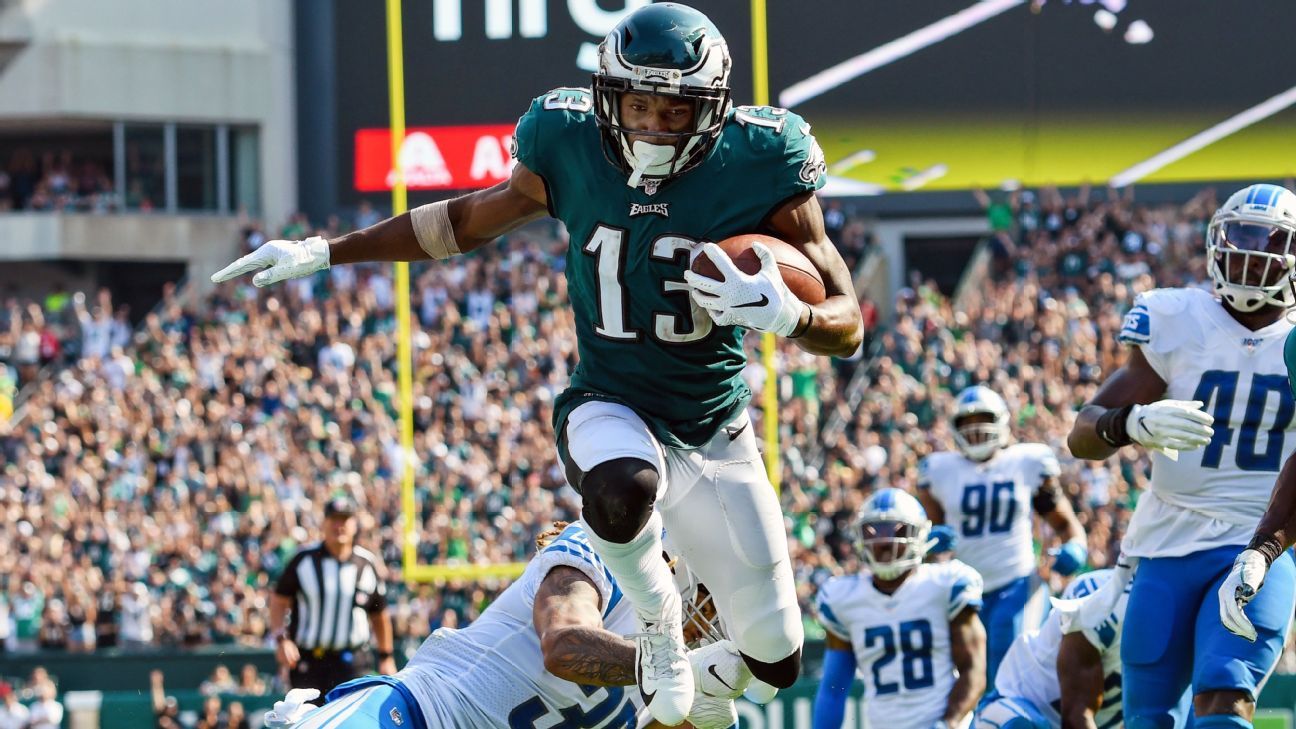 Agholor, who turns 27 on May 24, flashed brightly at times with the Philadelphia Eagles, but he struggled to find consistency during his five seasons with the team.

He fought past confidence issues early in his tenure to put together a career season in 2017, when he caught 62 passes for 768 yards and eight touchdowns. He then followed that up with a nine-catch, 84-yard showing in Super Bowl LII against the New England Patriots to help Philadelphia capture its first Lombardi Trophy.

Agholor, the Eagles’ first-round pick out of USC in 2015, had difficulty getting on the same page with quarterback Carson Wentz this past season and finished with a receptions per target rate of 56%, which ranked 132nd in the NFL, per ESPN Stats & Information. There were key drops along the way, including a costly one late in a Week 2 loss to the Atlanta Falcons.

A knee injury kept him out of five of the last six games of the 2019 regular season.

Agholor, who was at his best as a slot receiver with the Eagles, is a speedy, gifted route-runner with plenty of natural ability.

The Raiders also reached a one-year deal to re-sign running back Rod Smith, who appeared in three games on special teams last season,

Smith, 28, also saw action on special teams in three games for the Titans in 2019 after starting the season with the Giants, with whom he signed but never played. He also has played for the Seahawks and Cowboys during his five NFL seasons, rushing for 364 yards and 5 touchdowns on 101 carries.

Sports Today – Why the NFL trade deadline is different this...