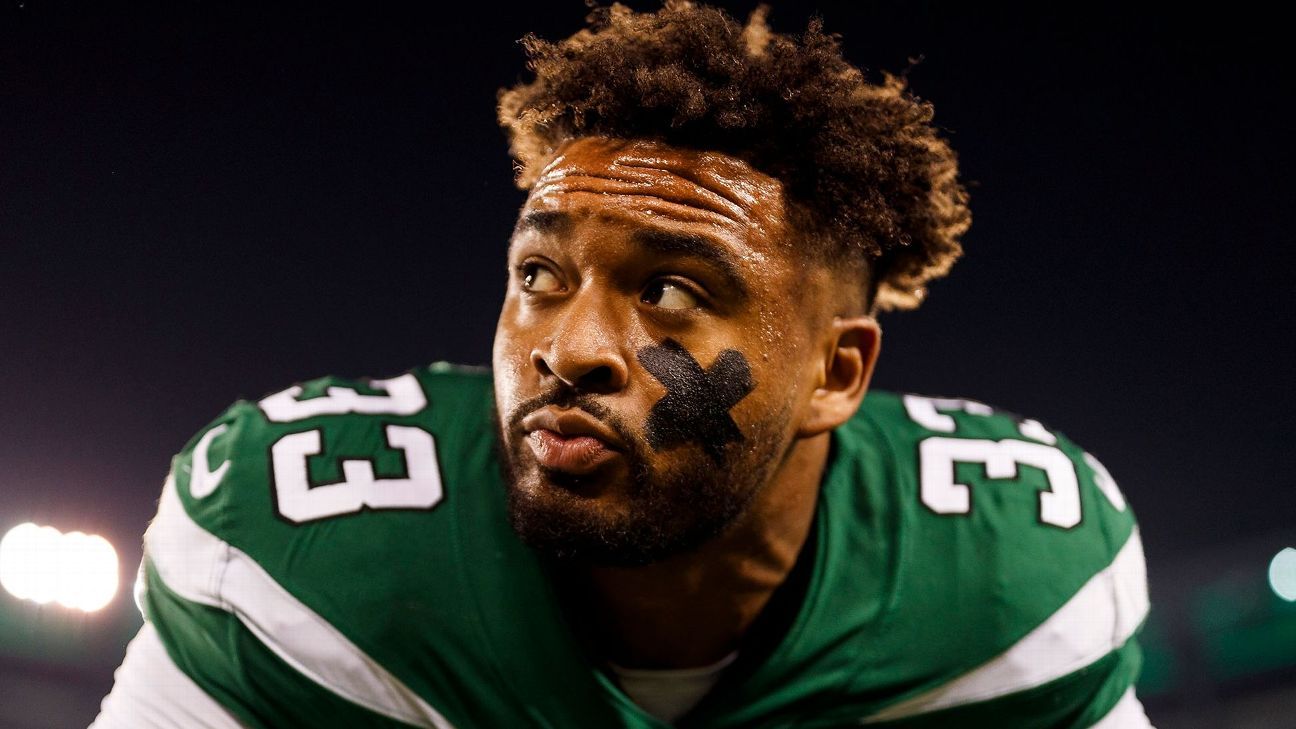 Frustrated with his contract negotiations, New York Jets safety Jamal Adams has informed the team he wants to be traded, a source told ESPN.

A source told ESPN’s Adam Schefter that Adams would welcome a trade to one of seven teams: the Baltimore Ravens, the Dallas Cowboys, the Houston Texans, the Kansas City Chiefs, the Philadelphia Eagles, the San Francisco 49ers and the Seattle Seahawks.

The Jets have no intention of trading him, sources said, but Adams could try to force their hand by being disruptive and staging a training camp holdout. He is upset because he feels the team is dragging its feet, sources said.

The trade demand comes after he hinted earlier Thursday on social media that he may want to be traded.

Responding to a comment on Instagram, Adams concluded a long rant by saying, “Maybe it’s time to move on!”

Six days ago, Adams — again on Instagram — accused the Jets of “a lot of talk, no action.” He said he still hadn’t received a contract proposal that was promised in January.

In response to a comment on Instagram, Jets All Pro S Jamal Adams speaks on contract negotiations and concludes with “Maybe it’s time to move on!” pic.twitter.com/aGjJ1Vda3s

Adams is signed through 2021, but he made it clear he wants a new contract by the start of the regular season. The Jets have said they want to make him “a Jet for life” but have given no indication publicly of whether they are amenable to a deal before the season.

The Jets entertained offers for Adams at the trading deadline last fall, with the Cowboys showing interest. The Jets’ asking price reportedly was a first-round pick and two second rounders.

Adams was irked because he felt management had misled him into believing he was untouchable.

Turning the conversation to McCaffrey, Adams said, “Don’t use the pandemic excuse. CM22 got paid not too long ago. Well deserved. Great friend of mine.

“Ima protect myself just like an organization will look out for themselves at the end of the day. & if you guys don’t respect that, cool. It’s all luv. Maybe it’s time to move on!”

The Jets appear reluctant to address Adams’ contract because they own his rights for another two years, plus a potential franchise tag in 2022. They have him on team-friendly terms — $3.5 million this season, $9.9 million in 2021. The latter is the amount of his fifth-year option.

Adams wants to become the NFL’s highest-paid safety, sources said, meaning he would like to eclipse the $14.6 million per year the Chicago Bears are paying Eddie Jackson.

Sources believe Adams is seeking to become the highest-paid player on the Jets. That distinction belongs linebacker C.J. Mosley ($17 million per year), although he was an unrestricted free agent when he signed his deal in 2019.