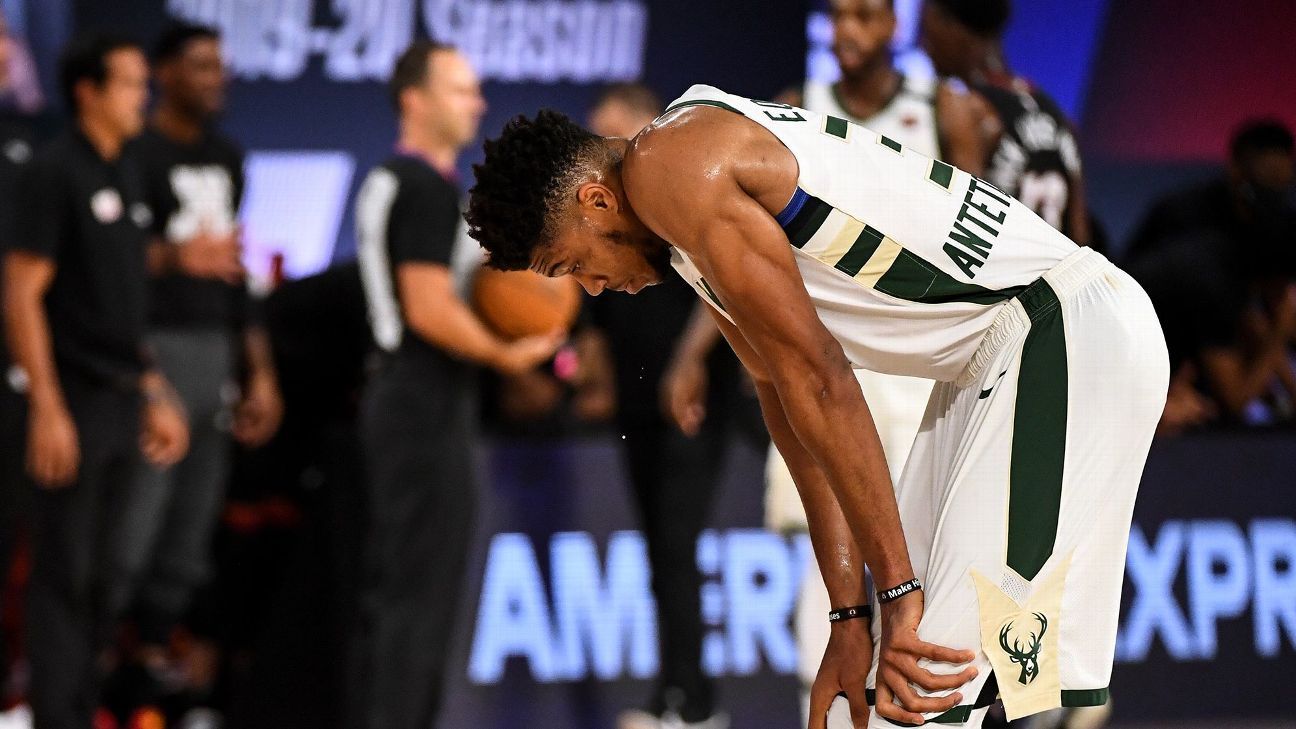 Milwaukee Bucks star Giannis Antetokounmpo will miss Game 5 of the Eastern Conference semifinals Tuesday against the Miami Heat because of a sprained right ankle, sources confirm to ESPN.

Antetokounmpo was working out pregame in the hope of suiting up for Milwaukee’s win-or-else contest against Miami, who own a 3-1 lead in the best-of-7 series.

The reigning league MVP had been officially listed as questionable, and Bucks coach Mike Budenholzer said earlier Tuesday that he would be a game-time decision.

Antetokounmpo’s status was first reported Tuesday by The Athletic.

Antetokounmpo aggravated the injury Sunday in Game 4 and did not play the second half of Milwaukee’s season-saving victory.

Sports Today – How far could the Packers and Seahawks fall? Barnwell predicts NFL...

Hacked! – 6 Ways You Can Be Tracked in Incognito or Private Browsing Mode