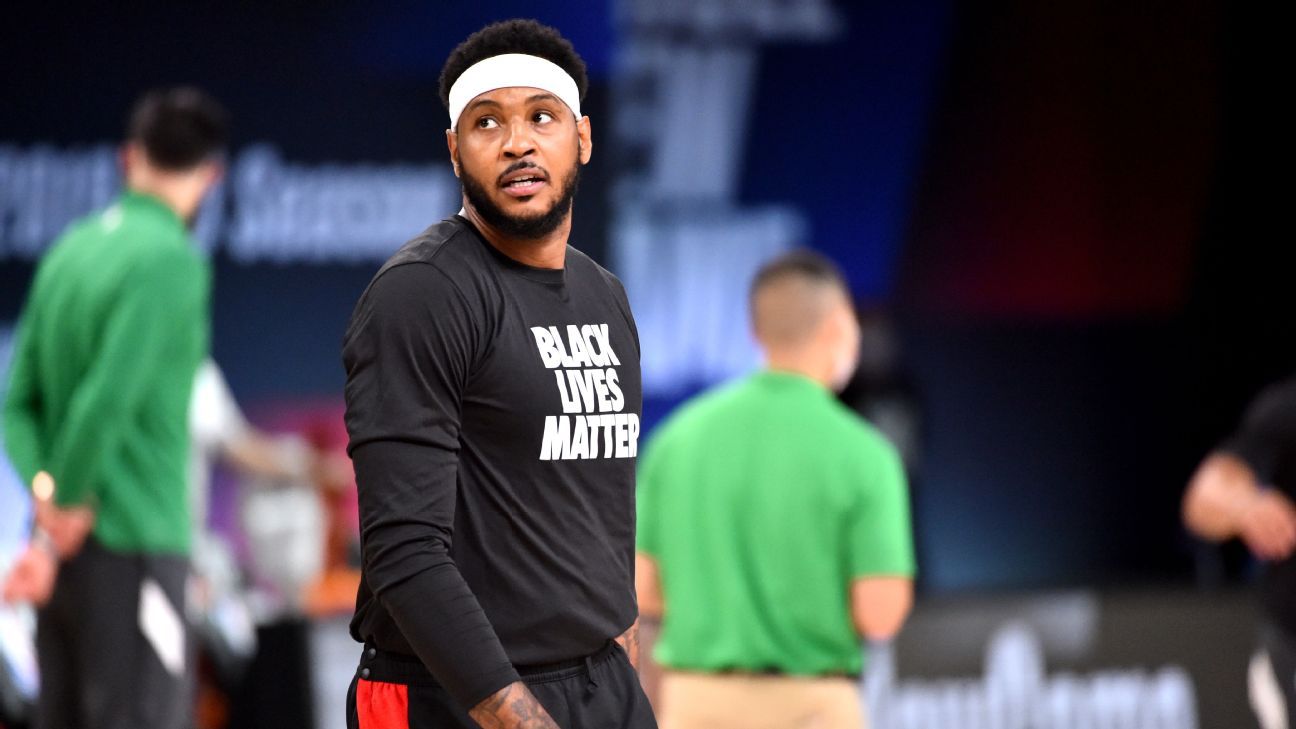 After sour endings in Oklahoma City and Houston — and more than a year out of the NBA — Anthony signed with the Trail Blazers last November and seemed to immediately find a home.

He was named Western Conference Player of the Week just weeks into his stint there and averaged 15.4 points, 6.3 rebounds and 1.5 assists during the regular season while making 39% of his 3-pointers, the second-highest mark of his career (40% in 2013-14).

Anthony said he hoped to be back with the Blazers after Portland was eliminated by the Los Angeles Lakers in the first round of the Western Conference playoffs.

“Whenever you find a situation that’s comfortable and allows you to be who you are, you want to stay in that situation,” Anthony said then. “There’s no need to try different things when something is working.”

Anthony, 36, will be on the hunt for some milestones. The 10-time All-Star is still looking to reach the NBA Finals for the first time. Individually, he needs 51 points to pass Tim Duncan for 14th on the NBA’s all-time scoring list, and if he can match the 895 points he scored in 2019-20, he’d find himself in the top 10 all time.