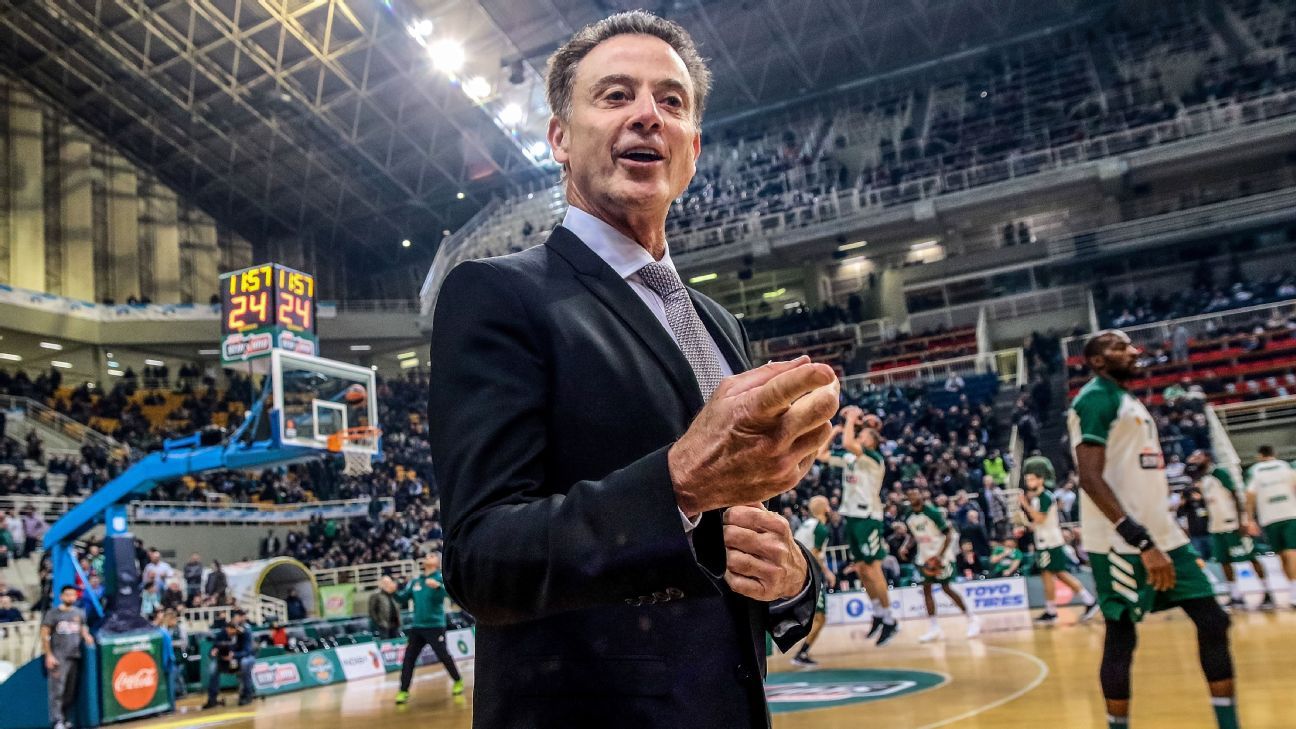 Rick Pitino has emerged as a candidate to be the next head coach at Iona, sources told ESPN.

There is mutual interest between Pitino and the Gaels, although no agreement has been reached at this point, sources said. Pitino has also been linked to the vacancy at Grand Canyon, but sources told ESPN that he’s not a candidate to replace Dan Majerle.

Iona coach Tim Cluess announced Friday that he is stepping down after 10 seasons with the Gaels due to health reasons. Cluess won either the regular-season or conference tournament championship every season from 2012 to 2019 before missing this past season with an undisclosed health issue.

Pitino hasn’t coached in college since October 2017, when Louisville fired him following an FBI investigation into college basketball. No one from the Cardinals was arrested, but they were linked to the investigation through allegations that Adidas paid $100,000 to the family of five-star prospect Brian Bowen to steer him to Louisville. Pitino and athletic director Tom Jurich were placed on unpaid administrative leave and then fired for cause.

The NCAA has not announced its penalties for any of the programs connected to the FBI investigation, but the expectation is they could come down sometime this spring or summer. It’s unclear whether there will be any penalties handed down to Pitino.

Pitino has won two national championships in college, in 1996 and 2013 — although the latter was later vacated by the NCAA — and been to seven Final Fours. He’s the only coach to win an NCAA Division I men’s basketball title at two different schools.

Pitino also spent several seasons coaching in the NBA with the New York Knicks and Boston Celtics. He was hired in December 2018 by Panathinaikos in Greece, winning a Greek Cup and the Greek Basket League championship.

Sports Today – Steelers’ Shazier retiring ‘from the game I love’