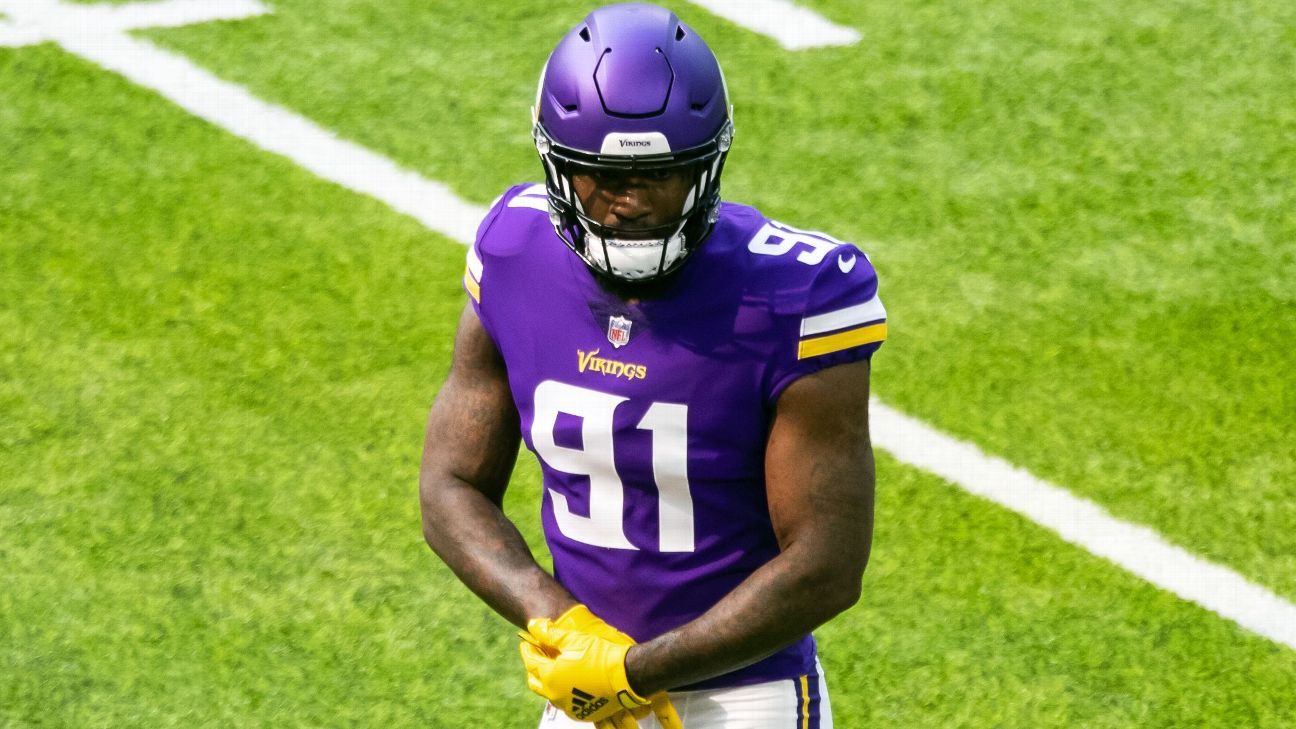 The Ravens will send a 2021 third-round pick and a 2022 conditional fifth-round pick to the Vikings for Ngakoue, sources told ESPN’s Adam Schefter.

Ngakoue will fly to Baltimore in the next 24 hours to go through COVID-19 testing so he can be ready to join his new team next week, after the Ravens come off a bye and start preparations for its Week 8 game against the Pittsburgh Steelers.

Baltimore, which leads the NFL in fewest points allowed per game (17.3), had long been long been pursuing a pass-rusher. The Ravens had attempted to acquire Ngakoue in recent months, according to sources, and tried to work a deal for Jadeveon Clowney before the start of the season.

Ngakoue had hoped to land in Baltimore all along. He grew up in Bowie, Maryland, and starred at Maryland before being drafted by the Jacksonville Jaguars in 2016.

The Ravens now can add pressure off the edge by pairing Ngakoue with Matthew Judon, who received the team’s franchise tag.

This continues an aggressive approach by Ravens general manager Eric DeCosta to add playmakers to the defense.

“We are excited to add Yannick Ngakoue to our football team,” DeCosta said. “Yannick is someone who we are very familiar with going back to the draft process years ago. He is an exciting player and a dangerous pass-rusher who makes us better. Yannick grew up here. He’s the type of person we welcome in our building. Finally, we are not finished building this team, as we continue to chase our ultimate goals.”

Thursday’s trade reunites former Jaguars teammates Ngakoue and Calais Campbell, whom the Ravens brought in this offseason for a fifth-round selection. They were on the field together for 1,829 snaps over three seasons in Jacksonville (2017 to 2019) and were the starting defensive ends for the Jaguars in the 2017 AFC Championship Game.

The Vikings acquired Ngakoue on Aug. 30 by trading a 2021 second-round pick and 2022 conditional fifth-round pick to the Jaguars. Ngakoue, who had been given the franchise tag by the Jaguars in the offseason, agreed to a one-year, $12 million deal with the Vikings — instead of his franchise tender of $17.8 million — to complete the trade.

Ngakoue had five sacks, two forced fumbles, seven quarterback hits and 12 tackles (five for losses) in six games this season for Minnesota, but the Vikings have stumbled to a 1-5 start, their worst under coach Mike Zimmer.

The Vikings initially traded for Ngakoue under the guise that they would have two premier Pro Bowl edge rushers, Danielle Hunter and Ngakoue. Hunter, whose last practice was Aug. 14, suffered a herniated disk in his neck and was placed on injured reserve Sept. 9.

Hunter recently traveled to New York to receive a second opinion on his neck injury, but the visit did not provide the Vikings with any further clarity about when he would return.

According to Spotrac, the Vikings will take a $6.8 million cap hit for six games of work from Ngakoue.

Hacked! – Why the ‘Streisand Effect’ Might Actually Make a Cover-up Go Viral

Sports Today – The signature shots that will swing the NBA Finals