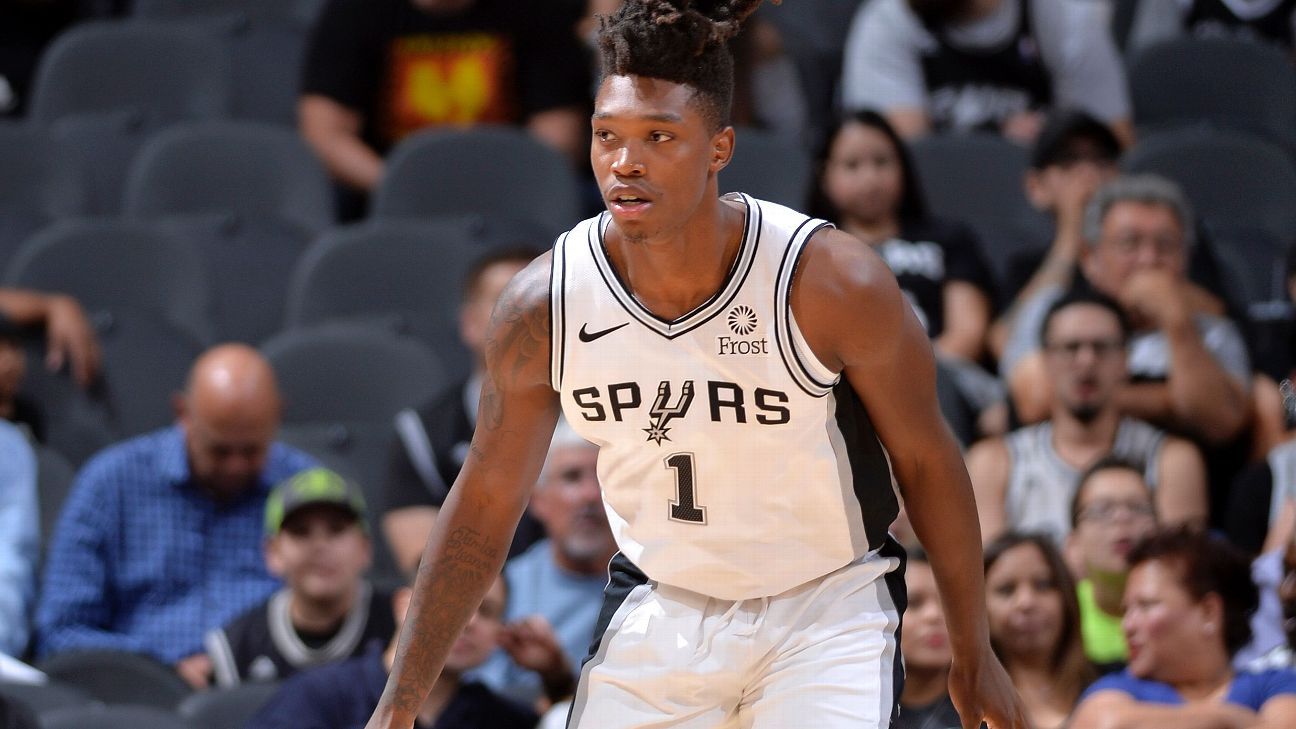 Spurs guard Lonnie Walker on Sunday was among volunteers helping to clean up damage from protests in San Antonio over the death of George Floyd.

Walker handed out bottles of water to volunteers and also helped to remove graffiti from the sides of buildings in the city.

“You all have a reason to be nice. It’s common courtesy, being a human. Helping out the best you can,” he said in a video posted on Instagram.

He said seeing the number of volunteers helping to clean up was “inspiring” and “means a lot to this city.”

San Antonio is one of several cities in the United States where protests have taken place over the death of Floyd, a black man who died last week in Minneapolis after Derek Chauvin, a white police officer, kneeled on his neck for more than eight minutes.

Walker, in his second year out of the University of Miami, told the San Antonio Express News that “I take great pride in saying I am part of this community.”

“During this protest everyone isn’t seeing eye level but we have to understand we can only control what we can control,” part of the statement said. “The greatest thing I have seen. At least here in San Antonio is that the COMMUNITY is coming together. The people coming together and understanding the ultimate issue. Black, white, Spanish, etc, everyone collectively as a group are coming together as one and moving accordingly.”

Sheena Bentoy performs “You Nurtured It” LIVE on Wish 107.5 Bus

Hacked! – What Is a Shaman and Can Anyone Become One?