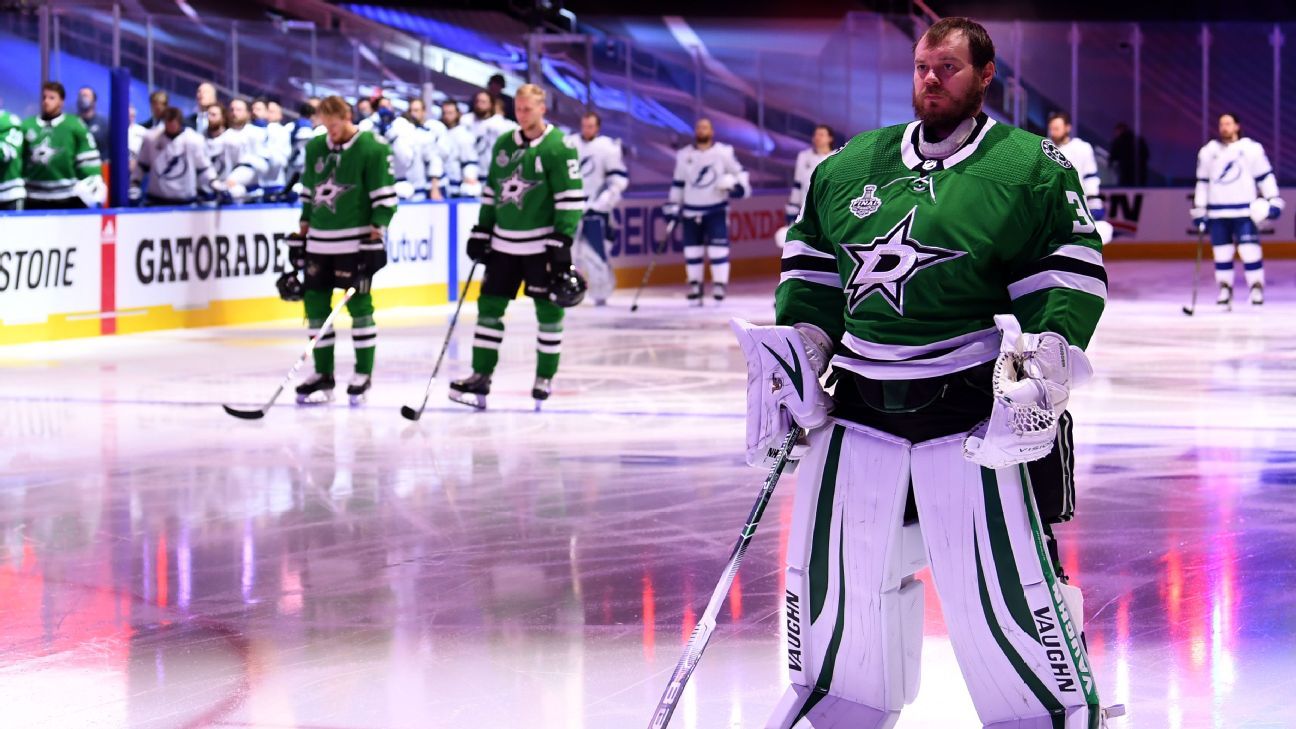 The Dallas Stars are starting Anton Khudobin in goal for Game 5 of the Stanley Cup Final on Saturday night, as they face elimination against the Tampa Bay Lightning.

Khudobin has played in 23 games for the Stars this postseason. That includes their Game 4 loss on Friday night, 5-4 in overtime to the Lightning, in which Khudobin faced 35 shots.

Dallas coach Rick Bowness had kept his goaltending plans for Game 5 under wraps, leading to speculation that the Stars might not start Khudobin in back-to-back games. But regular-season starter Ben Bishop remains “unfit to play” according to the coach.

The last time Bishop appeared for Dallas was Game 5 of the conference semifinal against Colorado, which was the back end of back-to-back games. He was pulled in the first period after giving up four goals, and Khudobin finished the game.

The Stars’ goaltending and defense has been crumbling as the series against the Lightning has continued. They won Game 1, 4-1, but allowed 22 shots on goal in the third period of that game. Since then, the Lightning have won three games in a row, Khudobin has an .863 save percentage in that span and Tampa’s power play is six for its past 12 opportunities.

The catalyst for that waning defense are the injuries that are piling up for Dallas. Along with Bishop, the Stars will be without forwards Blake Comeau, Radek Faksa and Roope Hintz, who was injured in Game 4 after stepping on a loose stick and crashing into the boards.

“Clearly the special teams were the difference last night. Some of the problems on the penalty kill were self-inflicted,” Bowness said. “We’ve had success all year with the guys that have been running it, and all of a sudden we’re missing three of the five top guys. The chemistry changes.”

The injuries and fatigue make the mountain the Stars must climb to win the Stanley Cup just a little higher: Teams that take a 3-1 lead in the Stanley Cup Final have won the Cup 33 of 34 times since the best-of-seven format began in 1939.

Hacked! – Find All Your Mac Screenshots With This Quick Tip