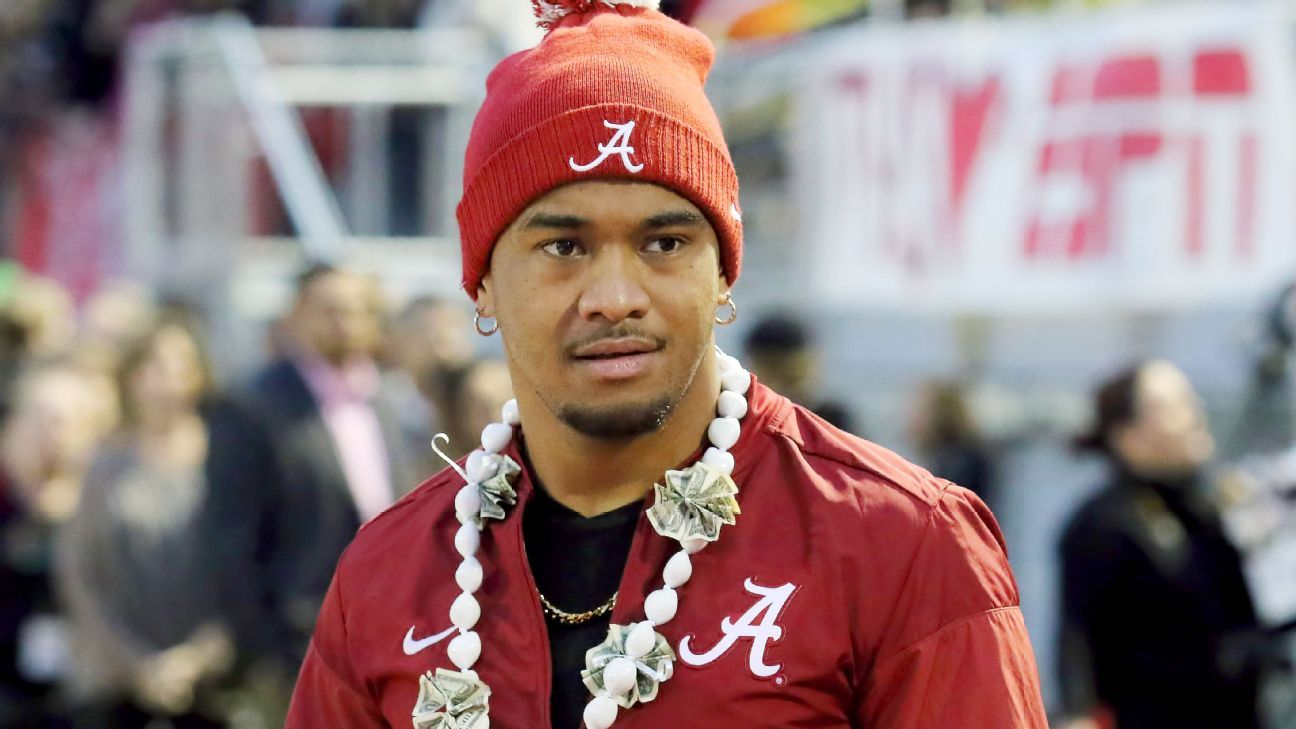 Tua Tagovailoa hasn’t even been a Miami Dolphins quarterback for a week yet and he is already getting comparisons. But this comp isn’t to former Dolphins great Dan Marino, Seattle Seahawks QB Russell Wilson or New Orleans Saints QB Drew Brees. It’s Brucie — the football-playing prisoner portrayed by actor Nick Turturro in the 2005 movie, “The Longest Yard.”

Turturro tweeted on Monday the eerily similar photo of his character dressed in an aqua and orange jersey side-by-side with Tagovailoa in a Dolphins jersey, along with the question: Who is this guy?

The tweet with the photos garnered reactions from NFL players, including Tagovailoa — who laughed at the reference saying, “yeahhh Brucie” — and Baltimore Ravens quarterback Lamar Jackson. Former Chicago Bears guard Kyle Long also got a chuckle out of it.

Dolphins fans can rest assured that Tagovailoa should be a much better player than Brucie, who was a terrible reserve player. Brucie attempted to try out for quarterback before Paul Crewe, the character played by Adam Sandler, took over the position.

This isn’t the only social media imprint Tagovailoa has made in recent days. Dolphins fans are eagerly awaiting the jersey number Tagovailoa will wear; he posted a Instagram story Monday night saying: “number drop soon … any ideas what I should wear?”

One jersey number that Tagovailoa won’t be donning is the number he wore at Alabama — No. 13 — because it is Marino’s retired number. And the rookie quarterback doesn’t plan to ask for it, either.

“For me, I’m not too worried about what number I have. I understand No. 13 is retired, and it should be,” Tagovailoa said. “Dan Marino, he’s the GOAT. He’s like the mayor out there, and I have much respect for him. Whatever number I’m given by that organization, if it’s 78 or 99 — I’ll wear it. It doesn’t matter.”

Hacked! – How to Care for a Japanese Maple Tree