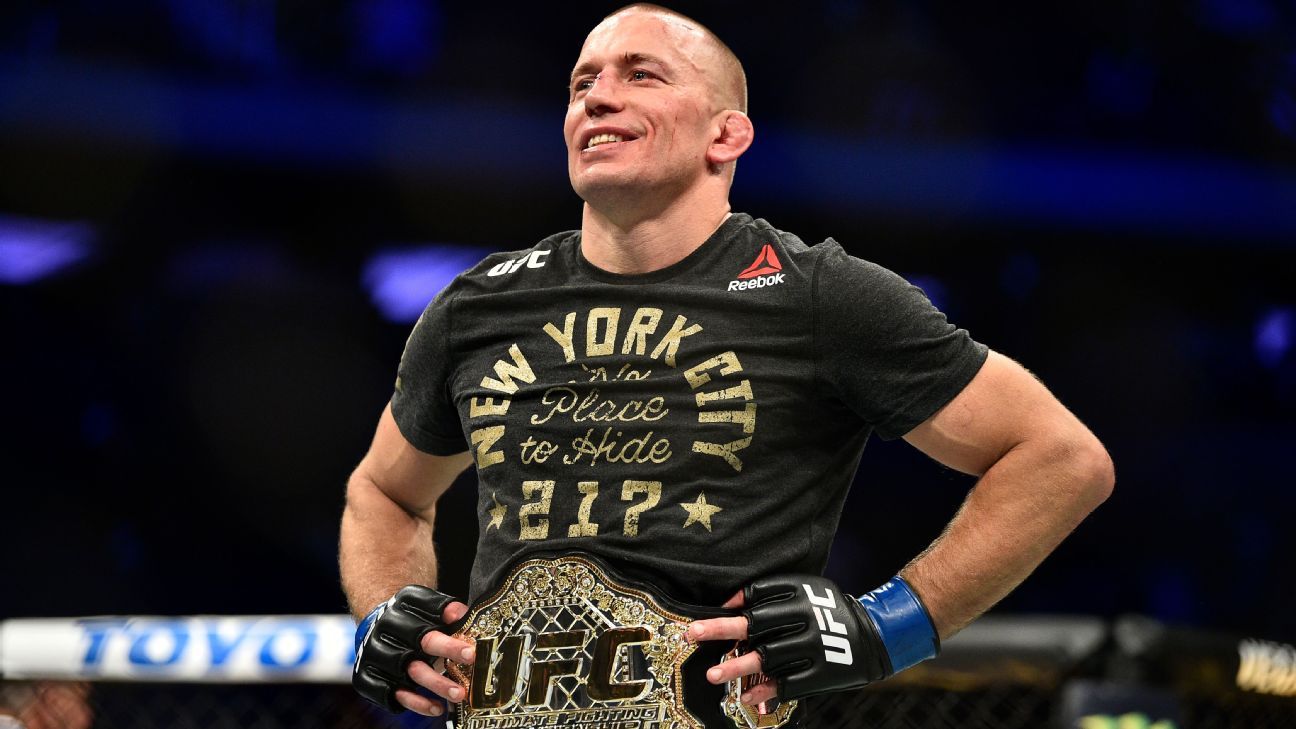 The UFC announced on Saturday that Georges St-Pierre will be inducted into the UFC Hall of Fame as a member of the Class of 2020.

A former UFC welterweight and middleweight champion, St-Pierre fought 22 times in the UFC, with wins over fellow Hall of Famers BJ Penn, Matt Hughes, Matt Serra and Michael Bisping. His career spanned from January 2004, when he defeated Karo Parisyan at UFC 46, to his middleweight title victory over Bisping in November 2017 — ending his career on a 13-fight win streak, the second-longest run in UFC history.

During that stretch, St-Pierre became one of the biggest UFC stars in the world. He won the welterweight title for the second time, avenged his memorable loss to Serra in the first MMA event held in Canada, and then rattled off wins over Jon Fitch, Penn, Thiago Alves, Dan Hardy and his second career victory over Josh Koscheck.

That run set up St-Pierre for one of the biggest highlights of his career at UFC 129, when St-Pierre faced Jake Shields at the Rogers Centre in Toronto in front of a UFC North American record of 55,724 fans.

The UFC Hall of Fame ceremony has traditionally taken place in July during International Fight Week in Las Vegas. In the news release announcing St-Pierre’s induction, the UFC did not specify a date, only stating that it “will take place later this year.”

Sports Today – Heat’s Butler swaps jersey for one with name

Hacked! – Why Your Games Keep Crashing: 10 Reasons and How to Fix Them