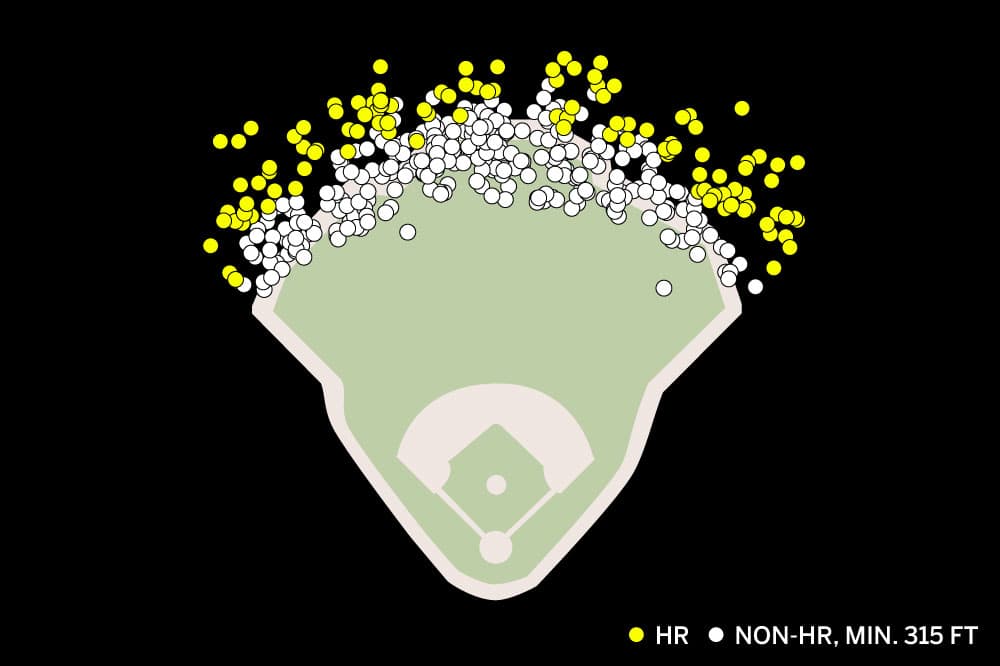 For the first time, the MLB postseason is headed to neutral stadiums amid the COVID-19 pandemic. That means it’s time to get your eyes ready for the unusual sights ahead. Think Clayton Kershaw exorcising his playoff demons in Texas, cardboard celebs taking in the action at Dodger Stadium (sans Dodgers) or a Yankees slugger belting a walk-off home run in … San Diego. Here’s how their new homes away from home will affect this season’s contenders and what to expect while you watch.

NLDS (Dodgers vs. Padres), NLCS, World SeriesThe Texas Rangers’ ballpark that was scheduled to open its doors for the first time to a packed house in March will instead host a playoff series before ever having fans in attendance. Picked as the site of all 2020 World Series games, the stadium will have fans for the first time when limited crowds are allowed at the National League Championship Series and World Series — but will first host the NL Division Series in front of empty seats.

Globe Life Field is located just across the street from the still-standing Globe Life Park, the old home of the Rangers — that’s not confusing at all, right? So why did Texas decide to build a new ballpark in the same area as the old stadium, which was only 25 years old? Well, the new stadium has a roof and air conditioning for those hot summer days, and that will make a big difference when fans return — and it was an advantage that helped it land this World Series.

You’ll quickly notice that the new ballpark is a break from the recent trend of retro stadiums across baseball, focusing much more on modern amenities than nostalgia — from the polarizing outside big-box store feel to the upper-deck brewery with front-porch-style rocking chairs for taking in the game and even a hidden speakeasy in the concourse behind home plate.

On the field, Globe Life plays big so don’t expect to see lots of long balls here this October — but early returns show hitters can make up for some of that with ground-ball hits thanks to the fast artificial turf.

Pro Tip: “Center field and the gaps are going to play really, really deep. You can already see a little bit of a look of shock on guys’ faces as they round first base when they crush a ball and it gets not even to the warning track.” — Rangers outfielder Joey Gallo

Who It Helps/Hurts: Unlike the old ballpark across the street, which was a launching pad in the hot Texas sun, the new stadium is much more favorable to fly ball pitchers. This could be a very good thing for Dallas native Clayton Kershaw, who could be pitching three consecutive rounds in Arlington. Kershaw’s 17.4% home run/fly ball rate is 19th among pitchers with at least 50 innings thrown this season, and being victimized by the long ball in key spots is an October theme the Dodgers ace knows all too well, so a park that keeps the ball in the yard should play well for him. 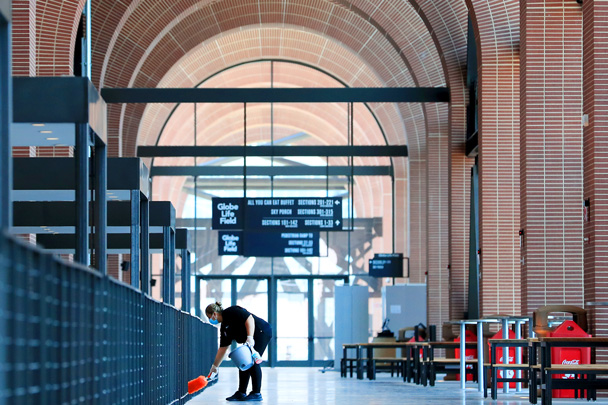 Only in 2020: Does it get any more 2020 than the fact that the only major league ballpark that has never had fans in it at the time you are reading this will be the only major league ballpark with paying fans in attendance all year by the end of the postseason? Major League Baseball is putting 11,500 tickets on sale for fans to attend each of the NLCS and World Series games at the stadium, with social distancing rules in place.

ALDS (Astros vs. A’s)The most well-known of the four MLB bubble postseason ballparks, Dodger Stadium will host just one round of playoff action instead of serving as the backdrop for the Dodgers’ latest run at a World Series title. L.A. was also supposed to host the 2020 MLB All-Star Game as an opportunity to show off renovations throughout the iconic stadium but will instead get the 2022 Midsummer Classic.

Dodger Stadium has a reputation as a pitcher-friendly ballpark but has played more neutral in recent seasons. Keep an eye on the weather forecast if your team is going to play at Dodger Stadium this fall, as warm Santa Ana winds sweeping through the area could benefit hitters taking aim at the outfield bleachers, whereas cooler ocean air on autumn nights would be an advantage for pitchers.

Don’t get too used to watching for celebrity card cutouts and taking in the beautiful view of palm trees and mountains beyond the outfield at Dodger Stadium this October, though: The historic venue will host just one round of playoff baseball, with the Astros-A’s winner moving on to San Diego for the ALCS.

Pro Tip: “Sometimes during the day, the third basemen — the corner guys, especially — the way the sun’s glaring that day could be a bit of a problem, but not as bad as people would think because the cardboard cutouts set them off. When it’s hit at you, you have no problem. It’s on foul balls or when it’s hit in another direction that you might lose it for a second.” — Dodgers third-base coach Dino Ebel

Who It Helps/Hurts: Late-afternoon local time starts in Los Angeles could be a pitcher’s best friend (and a hitter’s worst nightmare) this month thanks to the shadows that will creep across the diamond at Dodger Stadium. Hitting hard throwers such as Oakland’s Jesus Luzardo and Frankie Montas is difficult enough under normal circumstances, but picking up the ball from high-velocity pitchers with premium stuff could be almost impossible for innings at a time. 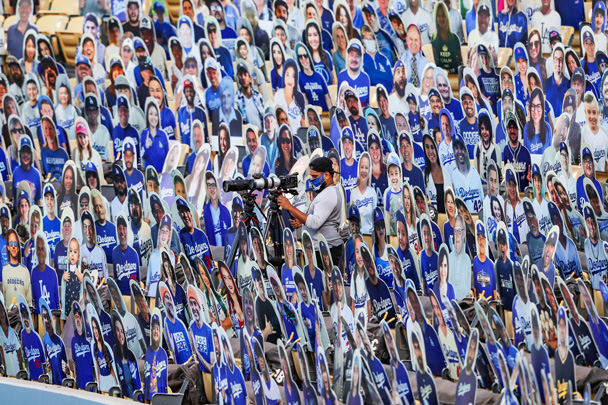 Only in 2020: Located in the shadow of the famous Hollywood sign, picking out which A-list celebrities are seated in the sections just behind home plate is usually part of the excitement of watching playoff games at Dodger Stadium. This year, those celeb sightings will be limited to fan cutouts, with Mary Hart, Rob Lowe, Mario Lopez and Bryan Cranston among those who have been featured in cardboard form this season.

ALDS (Yankees vs. Rays), ALCSWhen you think of San Diego’s Petco Park, you probably think of perfect weather and a baseball stadium where it is almost impossible to hit home runs. While a quick look at this week’s forecast proves the first part true, the ballpark isn’t the hitters’ nightmare it has a reputation for being since the Padres moved the fences in after the 2012 season.

Warm nights in an empty downtown ballpark is going to be a particularly jarring experience for Yankees fans used to watching their team play its home postseason games on cold October nights in tradition-rich Yankee Stadium rather than a place that hosted just six total playoff games in its history. Rays fans who associate their team’s home games with indoor baseball under the Tropicana Field roof have another thing coming, too.

Petco Park is guaranteed to host at least eight games this month, with the Yankees-Rays winner set to take on the winner of the Astros-A’s ALDS, with a World Series berth on the line.

Pro Tip: “It’s a high sky. Sometimes it’s difficult in the daytime to catch pop-ups. Guys lose them because they’re not used to playing there in the day. … They may be bunting more because the ball’s curving in down the third-base line a little more often. … Getting used to the hitter’s eye takes some time. There’s a little beach to the right. It’s a good background, but it’s wide open back there, and your eyes can wander.”
— A veteran NL West scout

Who It Helps/Hurts: San Diego isn’t quite as tough on hitters as it once was, but it’s still a difficult place for left-handed hitters in particular. The collective wOBA by left-handed hitters there over the past five years ranks 26th (visiting players only). It’s 22nd in at-bats per home run but 29th in batting average on balls in play (BABIP) by lefties. The Yankees’ lineup leans heavily toward right-handed bats, but that could spell trouble for left-handed-hitting Rays infielder Brandon Lowe, who pulled the ball 45.3% of the time in 2020, and other southpaw sluggers. 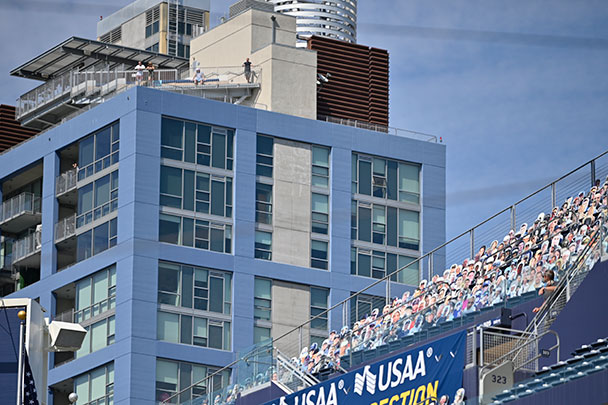 Only in 2020: Unlike the NLCS and World Series in Texas, there won’t be fans at any of the postseason games at Petco Park this year — but that doesn’t mean there won’t be some watching live in San Diego. The downtown location of the ballpark has made it one of the few places where some lucky fans in neighboring buildings have been able to look out of their windows for an in-person view of the action.

NLDS (Braves vs. Marlins)Houston’s Minute Maid Park became synonymous with the Astros’ sign-stealing scandal this offseason, but we’ll save the trash can jokes and buzzer references for another time since none of the teams playing here this week has anything to do with the usual tenant’s transgressions.

The first thing Marlins and Braves fans will take note of when watching their team take the field in Houston is the unusual outfield dimensions, with the Crawford Boxes in short left field and a large train on railroad tracks behind them yet still within reach for the series’ biggest right-handed sluggers. The Astros’ home since 2000 features a retractable roof that will almost certainly be closed during this series, so weather won’t be a factor here.

Fans watching their teams play their NLDS here instead of Miami and Atlanta shouldn’t get too used to the unusual surroundings, though, as it will be one series and done for Minute Maid Park this October, with the winner moving on to the NLCS about four hours north on I-45 in Arlington.

Pro Tip: “It’s perfect. You’re indoors. You don’t have to worry about heat or wind. It’s a bubble, which means you can’t leave the hotel, which sucks because you don’t get to enjoy the great city. The ballpark is great. The mound is great.” — Astros pitcher Josh James

Who It Helps/Hurts: While the ballpark plays pretty neutral overall, the very short porch in left field is going to be a popular target for right-handed pull hitters throughout this series. The Crawford Boxes sit just 315 feet from home plate, and that could help Miami’s Jesus Aguilar, who pulls the ball 44.5% of the time, including more than a few shots this season that would have reached the boxes in Houston but were held in by the dimensions of Marlins Park. 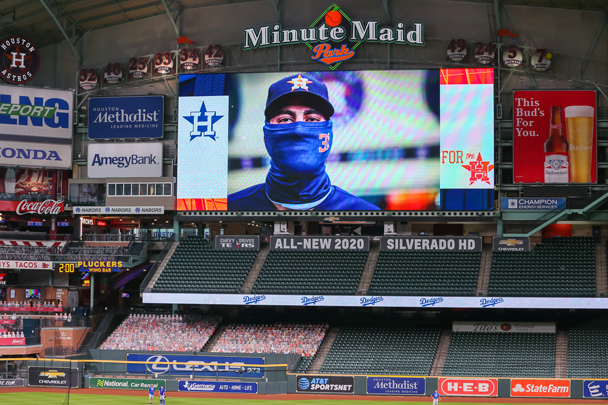 Only in 2020: What would you have said this winter if we had told you that the site of the biggest cheating scandal in recent MLB history would be home to two National League teams while the hated Astros were playing their playoff home games at Dodger Stadium? 2020, folks. 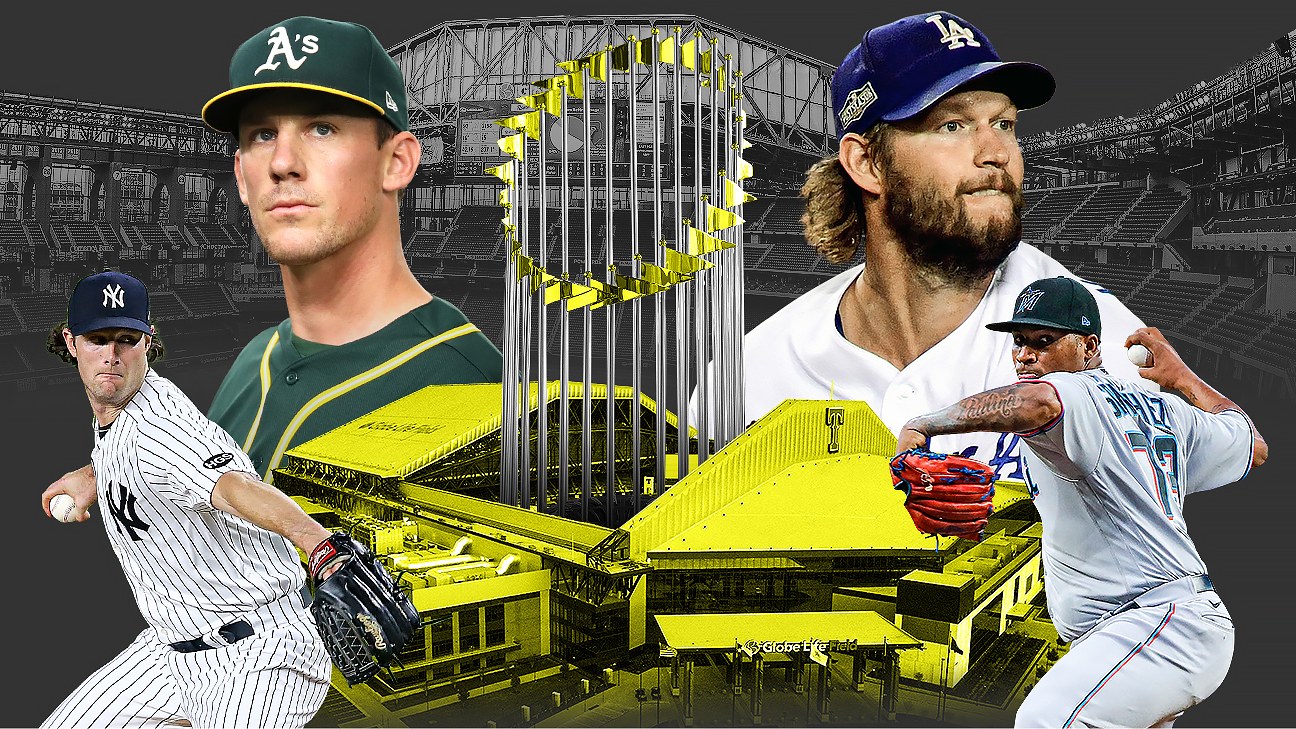 Whether their first step in the MLB playoff bubble begins in California or Texas, the 2020 postseason will look and feel like none before it for every team that has made it this far. In addition to playing in unfamiliar ballparks without the usual legion of fans cheering them on (or rooting against them), 2020 health and safety protocols will be present at every point.

“Once you’re in the bubble, if you look at some of the protocols, the strictness of being in the [hotel] room, being able to walk around. There’s some wording in there about having to ask for permission to go on a walk,” Cubs outfielder Ian Happ said last month. “It feels more like a zoo animal than a baseball player or a human, so I think there are a lot of those challenges that guys are going to face.”

All eight remaining teams in October’s playoff field have one common goal: raising the World Series trophy in Arlington as the last team standing in the most unusual season in baseball history — even if the scene and the celebration might look quite a bit different.

Hacked! – Why the ‘Streisand Effect’ Might Actually Make a Cover-up Go Viral

Hollywood Today – Guess Who This Pop Pipsqueak Turned Into!