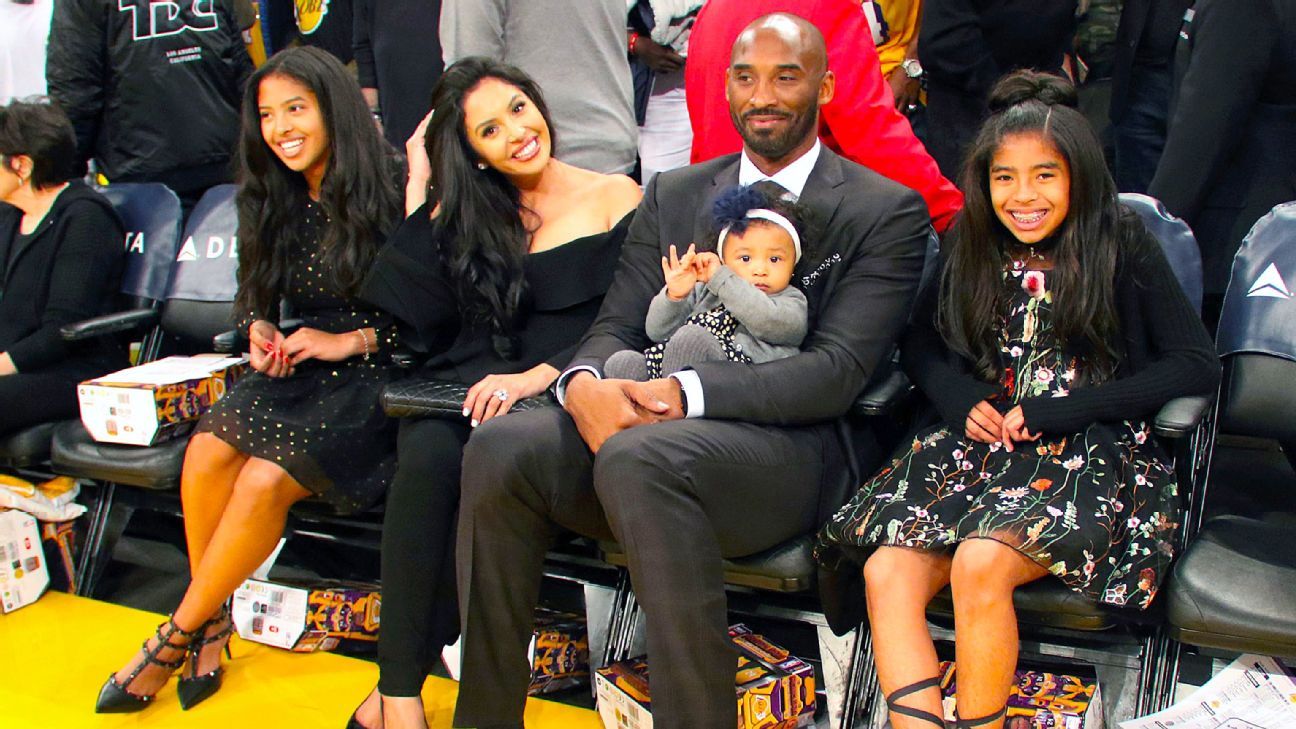 Kobe Bryant‘s wife, Vanessa, said Saturday that his election to the Naismith Memorial Basketball Hall of Fame was the “peak of his NBA career.”

Speaking to ESPN’s Rece Davis via FaceTime with her daughter Natalia by her side, Vanessa Bryant said, “It’s an incredible accomplishment and honor, and we’re extremely proud of him.

“Every accomplishment that he had as an athlete was a steppingstone to be here,” she added.

Kobe Bryant and his 13-year-old daughter, Gianna, were among nine people killed in a helicopter crash in Calabasas, California, on Jan. 26 as they were flying to a basketball tournament where Gianna was to play.

“Obviously we wish that he was here with us to celebrate,” Vanessa said Saturday. “We’re incredibly proud of him. And there’s some solace in knowing that he was probably going to be a part of the 2020 Hall of Fame class.”

Vanessa and Kobe Bryant were married for 19 years. They had four daughters: Natalia is 17, Bianka is 3 and Capri is 9 months.

Bryant, a Los Angeles Lakers legend, was 41 and in his first year of eligibility for the Hall of Fame.

“No amount of words can fully describe what Kobe Bryant meant to the Los Angeles Lakers,” team owner Jeanie Buss said in a statement. “Kobe was not only a proven winner and a champion, he gave everything he had to the game of basketball.

“His fierce competitiveness, work ethic and drive were unmatched. Those qualities helped Kobe lead us to five titles — and have now brought him to the Hall of Fame, where he will be enshrined with the greatest to have ever played the game. No one deserves it more.”

Kobe Bryant entered the NBA straight out of high school in 1996 and won five championships and one regular-season MVP award. His death was mourned around the world.