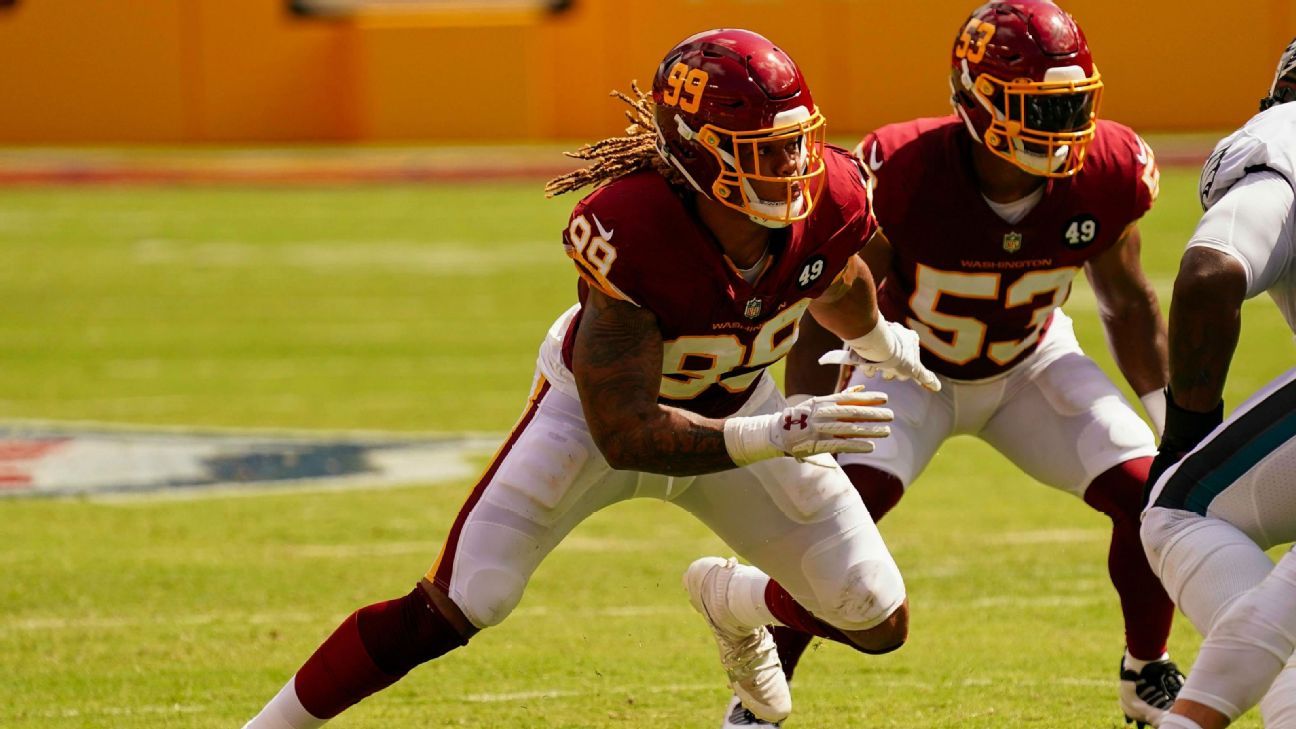 Washington rookie defensive end Chase Young was ruled out with a groin injury suffered in the second quarter of the team’s 34-20 loss at Cleveland.

Young rushed quarterback Baker Mayfield on a third-down play early in the second quarter. At the end of the play, Young appeared to be slightly affected by his leg. He walked to the locker room, where, according to the Fox broadcast, it got worse and he was quickly ruled out.

Young returned to the Washington sideline later in the quarter with his upper right thigh wrapped.

Young, the No. 2 overall pick, had 2.5 sacks in Washington’s first two games. Washington does have veteran Ryan Kerrigan to replace Young. Young missed time in camp with a hip flexor.

It doesn’t help Washington’s line that Matt Ioannidis also was ruled out in the first half because of an arm injury. Washington has depth inside, but Ioannidis is one of its better pass-rushers. He has 1.5 sacks this season after recording 8.5 last year.

Hacked! – Aphantasia: When Your Mind’s Eye Is Blank

Hacked! – How to Buy the Best Trundle Bed