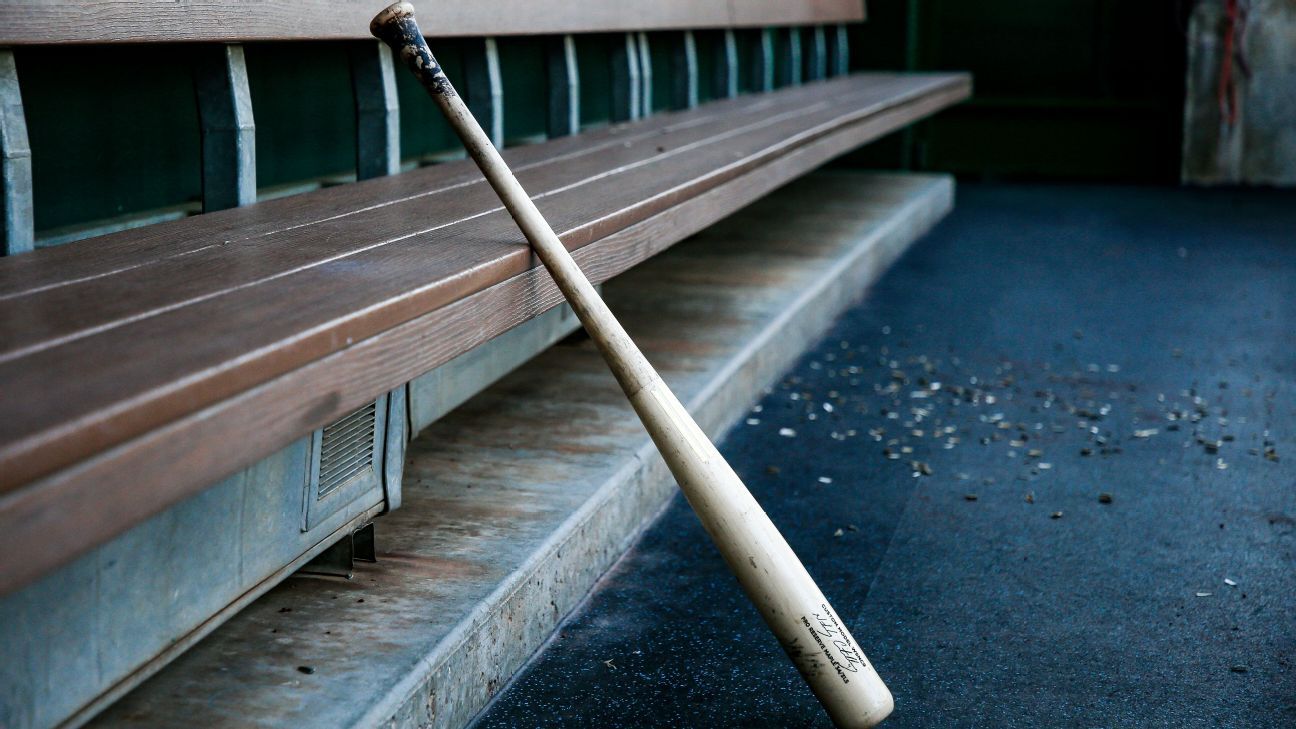 Major League Baseball is delaying the 2020 regular season by at least two weeks from the scheduled March 26 start in response to the coronavirus pandemic, the league announced Thursday.

Here’s what we know about MLB’s announcement, what this means for baseball and where things could go from here.

What is the current status of the start of the MLB season?

Official word came down early Thursday afternoon: Spring training games have been canceled and the start of the 2020 season will be delayed by at least two weeks. The situation remains highly fluid, and that’s true for everybody, not just for those in baseball.

Is there any significance to the two weeks MLB used as a time frame in Thursday’s announcement?

MLB referred to the delay as “at least two weeks,” so even that much is only a starting point. Using MLS as an example, its season began on Feb. 9. On Wednesday, it announced that the season was suspended for 30 days, which puts a possible resumption in roughly the same time frame as a possible return for MLB.

While the states that have banned gatherings of more than 250 people (Washington, New York and California thus far) have not apparently issued specific expiration dates for the restrictions, reports say that Washington’s could extend through at least the end of April. So even if MLB were able to resume on, say, April 10, that doesn’t mean it would be business as usual. I’d term the “at least two weeks” time frame as a jumping-off point.

We’ve heard talk of everything from playing in empty stadiums to moving games to spring training sites. What are all of the options MLB is weighing right now?

Empty stadiums. Spring training sites. Empty stadiums on spring training sites. One would assume all of those things are on the table beyond the two-week delay that we already know about. There are still too many moving parts for MLB to put out a concrete plan. Just one example of a key unknown: Even if we staged games in venues with no fans, what about infected players? Will we screen everyone essential to putting on a game before allowing them into the ballpark? Will that be possible a month from now without impacting the ability of the public in general to be screened? Right now, the only option is the one MLB selected on Thursday: Shut it down, see how things develop and create contingency plans where you can.

What does the delaying of Opening Day mean for the rest of the regular season?

We simply don’t know. We are in uncharted territory here. We don’t know how many people are carrying the virus right now, much less in two weeks. We don’t know whether players have been exposed, which seems likely, and how many might test positive at some point.

In Illinois on Thursday, governor J.B. Pritzker said, “”I have spoken with the owners of all of our major sports teams and I’ve asked them to cancel all of their games or play without spectators until May 1. All of the owners that I spoke with told me that they completely understood and were more than willing to comply with this guidance.” We will see how many states roll out similar plans. With those comments, Pritzer did leave some wiggle room regarding playing without spectators. At the moment, we don’t know how palatable that option is to MLB.

Research on how long the virus can live on surfaces and how long infected patients remain contagious with COVID-19 is only now starting to emerge. The trend curve for the spread of the virus in this country continues to point to a dangerously steep trajectory. Until that curve starts to flatten, it’s next to impossible to declare a definite start date for the season. My personal opinion is that we’d need to somehow get in a minimum of 110 to 130 games per team to have a truly viable season, which I state knowing that teams played fewer games than that in 1981. But we’ll take what we can get.

From David Schoenfield: Remember, we’ve had shortened seasons before. The 1995 season didn’t start until April 25 because of the player strike that rolled over from the 1994 season and teams played a 144-game schedule. Of course, that 1994 season ended abruptly in August. The midseason strike in 1981 resulted in a schedule of about 107 games for every team. The first two weeks of the 1972 season were wiped out by MLB’s first players strike, and the 1990 season was delayed by a week (and most of spring training was scrapped) when owners locked the players out. In 1918, the regular season ended on Sept. 2 due to U.S. participation in World War I. (The worldwide influenza epidemic that killed an estimated 50 million to 100 million people, including 675,000 Americans, had started to spread by then, but that’s not why the season was cut short.) The 1919 season was also shortened to 140 games as teams waited for players to return from military service.

What are players and teams going to do next now that the season is delayed?

The Cubs’ Jason Kipnis probably answered that better than we can with this tweet:

And there it is….. early questions from players: do we go home now? Stay and train? How/when do we start back up? Have another 2 wk spring then start where schedule picks up? Do we still get paid?… this is wild

“And there it is….. early questions from players: do we go home now? Stay and train? How/when do we start back up? Have another 2 wk spring then start where schedule picks up? Do we still get paid?… this is wild.” Wild indeed.

Are individual teams taking steps on their own regarding travel?

From Kiley McDaniel: Teams are recalling their scouts and whittling down travel in general right now. As of Wednesday night/Thursday morning, teams were in one of three camps regarding scout travel: (1) status quo or optional work from home; (2) car-only travel (at least a dozen teams were doing this); and (3) completely grounded (about a half dozen). The SEC told teams that scouts are permitted to attend games as essential personnel as early as this morning but then reversed that stance just before all the major conferences simply suspended games at least for a few weeks. With very few amateur games scheduled in the coming weeks and some seasons totally canceled, it’s reasonable to assume MLB scouting staffs will officially be working from home for a while, or see local workouts at most.

Where does the start of the minor league season fit into this?

Not long after MLB’s announcement, minor league baseball followed suit, saying in a news release that it would also delay the start of its regular season. MiLB’s opening day had been slated for April 9. Their announcement was a bit more open-ended in that no minimum delay was offered. Like the rest of us, they will monitor and react to developments as they occur, staying in contact with MLB and the appropriate officials. It’s really all that can be done right now. Everything that MLB is dealing with from a logistics standpoint applies to MiLB, only with many more teams whose presence blankets nearly the entire continental United States. With college baseball also pulling back, ballfields from coast to coast are going to be quiet when winter officially turns into spring.