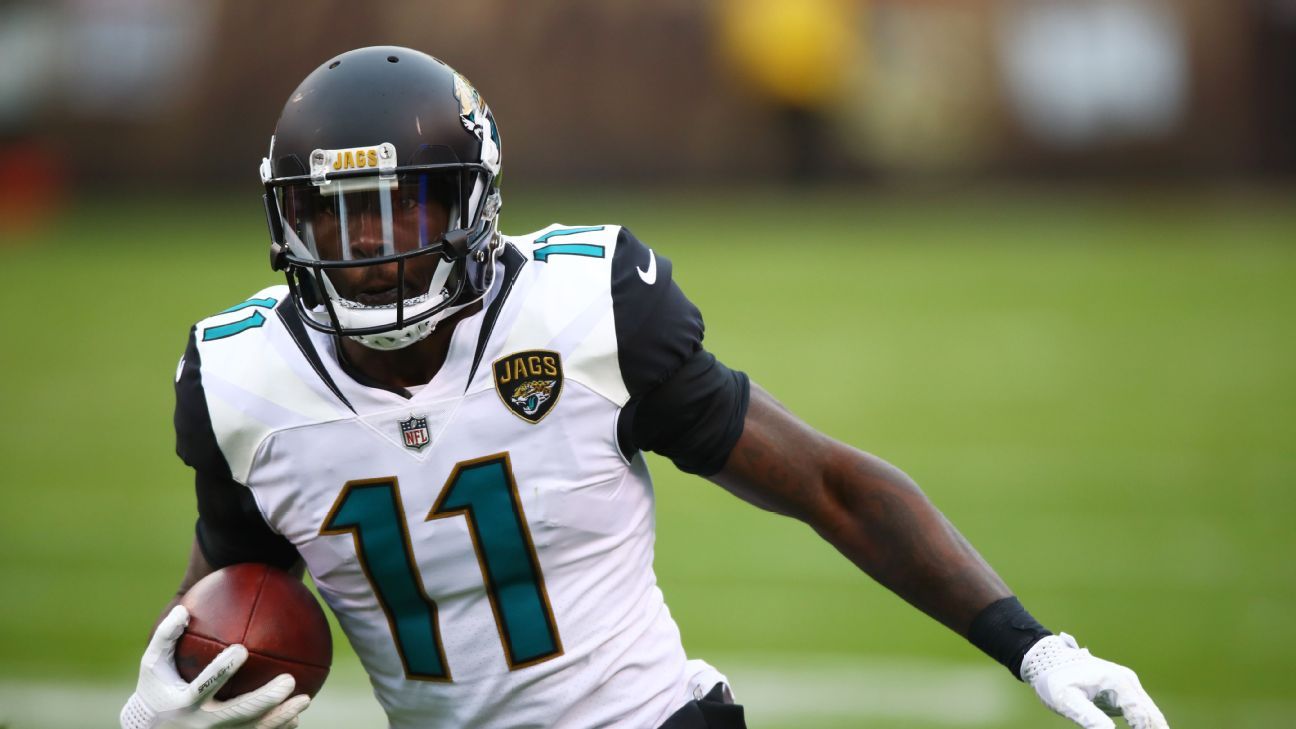 Two years after signing a four-year, $38 million contract extension with the Jacksonville Jaguars, wide receiver Marqise Lee finds himself in a much different place as he hopes to revive his career.

He’s at the bottom with the New England Patriots — and embracing it.

Lee, who was selected in the second round of the 2014 draft by the Jaguars and was released in April, was signed by the Patriots to a one-year contract with $300,000 guaranteed. He said he has landed in the right spot to put his past two injury-filled seasons behind him.

The 6-foot, 196-pound Lee missed the 2018 season because of a serious knee injury, and he was limited to six games in 2019 because of a shoulder injury.

“It’s been difficult, but it’s been a task in which I’ve quite enjoyed as far as knowing myself,” Lee told Patriots reporters in an introductory videoconference on Wednesday. “After these certain injuries, you’ve got some people who get down on themselves and then want to shut it down. For me, it’s kind of like a motivating factor.

“I just want to see where I’m at. It will be good to get out there and play football, which I feel like I haven’t played in the last couple years. I’m just ready to get at it.”

The Patriots, who are transitioning on offense without quarterback Tom Brady, could benefit from a resurgence from Lee. They have Julian Edelman, 2019 first-round pick N’Keal Harry, veteran Mohamed Sanu and free-agent signing Damiere Byrd atop the receiver depth chart.

If Lee can recapture the form that led him to total 109 receptions in the 2016 and 2017 seasons — the catalyst for the Jaguars to sign him to a lucrative extension — he could carve out a spot for himself.

“I felt like me choosing New England, it’s the perfect place to try to get back to yourself — very strict, basically just all about football and handling your business,” Lee said. “I feel like I was a little bit off on that point with these last two injuries I had.”

Lee is familiar with the Patriots’ home field, having played at Gillette Stadium in the AFC Championship Game following the 2017 regular season. The Jaguars led 20-10 early in the fourth quarter before the Patriots charged back to win 24-20.

“That game was crazy. One vivid memory on that sideline with Jacksonville, I remember thinking, ‘We’ve just got to finish this out, and we’ll be fine,'” said Lee, who had four catches for 41 yards. “It just showed the resiliency of New England in my eyes. They’ll continue to fight and continue to rock out. That’s what I’m looking forward to. I feel like everybody on this team is willing to fight, and that’s just their mentality. I’m the same way.”