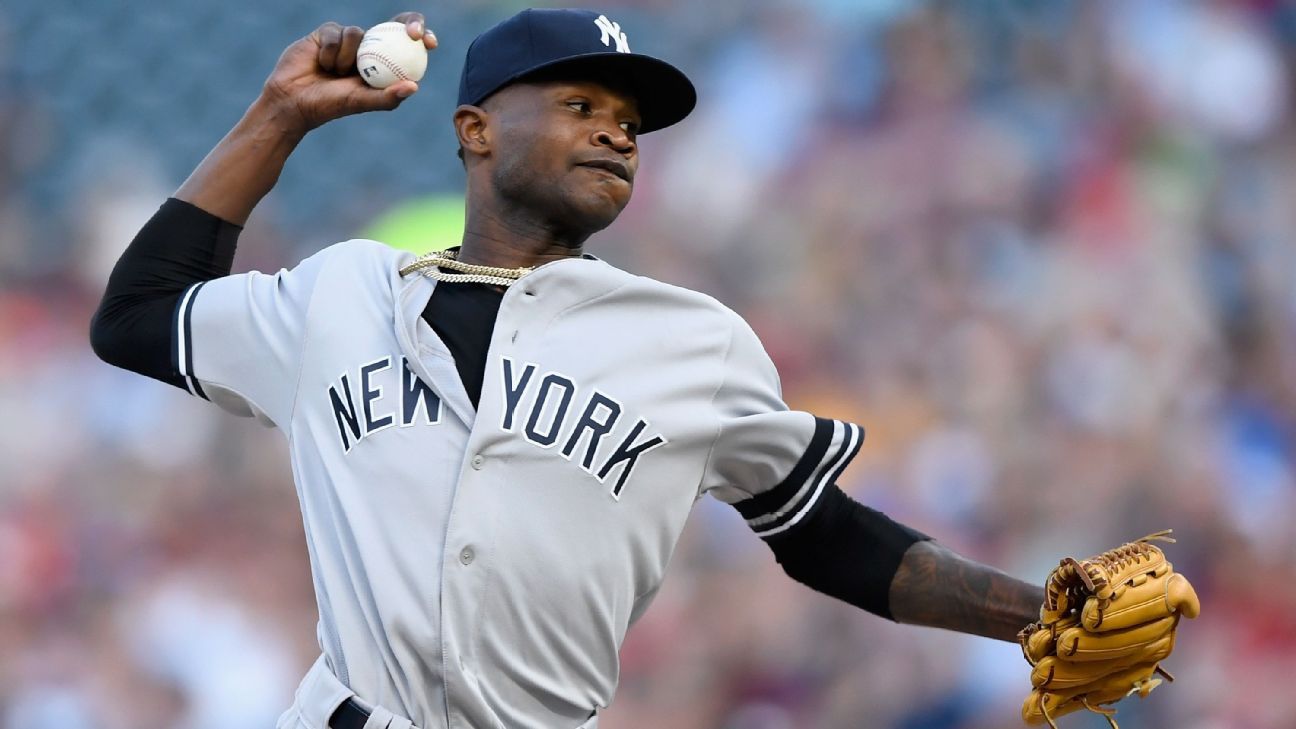 German’s post was of himself in a Yankees uniform, shouting, in what appears to be a photo of him pitching in a game. The post included Spanish words that translated as: “Some people make history on both sides, I think I did my part at Yankee Stadium, if I decide not to come back, I will be very proud of my 11-year professional career. God bless everyone who has supported me.”

In a separate post in his Instagram story, German wrote in Spanish, “I left baseball. Thanks my people.”

A right-hander who turns 28 on Aug. 4, German has 63 games left to serve on his suspension for violating Major League Baseball’s domestic violence policy. The regular season is limited to 60 games this year amid the coronavirus pandemic.

German, from the Dominican Republic, was the Yankees’ winningest pitcher last season, going 18-4 with a 4.03 ERA in 24 starts and three relief appearances. He lost his entire salary this year, which would have been prorated to $229,509 from $619,675.

“I know he’s in the states visiting his child right now,” Boone said, according to NJ.com. “Beyond that, I don’t really know much. I just heard something like that but I don’t really have much to say about the situation.”

Hacked! – 5 Important Checks to Make Before Flying a Drone

Hacked! – From Ancient Greece to ‘Tiger King’: The Hilarious History of the Mullet